“I didn’t want the children to see me bleeding with a severed leg”: the story of Olga Kulishova from Mariupol

Here is the horror that a young woman had to endure in a city besieged by Russians – Olga’s story:

“When the war began, I lived with my children (sons 9 years old and 15 years old) in a new, just renovated apartment on Akademika Amosov Street. But the front was getting closer, and we decided to move to my mother’s apartment. Later, my sister and daughter came to us and my grandfather from Volonterovka, since heavy shelling began there, their house was destroyed. We began to live together, 7 people in a three-room apartment. That day, March 16, we cooked food for children on a fire. At 11:00 I heard that the volleys and explosions stopped and went out of the apartment to the fire to add ingredients to the soup and boil the kettle. At the moment when I opened the entrance door and stepped out of it with one foot, there was a bang … Suddenly. I was deafened. I realized that I could not lean on on my leg, began to crawl deep into the entrance and scream, but I did not hear myself and thought that no one could hear me and would not help. . My cry was heard by a neighbor and went out for help. I pulled my leg with a belt from my trousers, and while other neighbors were looking for a car to take me to the hospital, I decided to bring me to the apartment. I asked not to do this, because my eldest son was in the apartment. I understood that this is a very terrible sight. I was also afraid that my youngest son would not be told anything, and that he would not come out of the basement. I didn’t want my kids to see me bleeding with my leg torn off. Their nervous system was already on the verge of collapse. When we were driving to the hospital, a bomb fell on the Neptune pool, located next to the hospital, at the moment when people there were receiving humanitarian aid. I was received by the doctors of the military hospital and operated on. At that moment, bombs began to fall on the hospital, they blew up the operating block. I was taken from the operating table to the basement. I am immensely grateful to the doctors and all the staff of the military hospital, they are very brave, strong people, professionals in their field, with great dedication, who sometimes save others at the cost of their own lives. My second cousin miraculously found me in one of the basements of the hospital – she found a car to carry me home. We had nowhere to turn for medical help in Mariupol, my mother did the dressings for me in inhuman conditions, in the basement, under shelling, sometimes letting them through because there were street battles in the yards of our house. We managed to leave Mariupol only on March 29th. We arrived in the Dnieper on the night of April 1 and on April 2 we went to the 4th hospital, we were received by the doctor Morgun Yu. N., who provided assistance and gave recommendations. On April 6, Yuri Nikolayevich removed the stitches. We wanted to stay in the Dnieper to begin rehabilitation and treatment, but the constant air raids and the sounds of explosions did not give a sense of security. The children were in constant tension. Due to nervousness, we could not sleep, eat, we experienced a constant feeling of anxiety. We decided to go to Poland, and then to Denmark. Their “liberation” operation freed me from everything: from health, from property, freed my children from a carefree childhood, freed me from friends, from home, from my favorite work.

Vyacheslav Zaporozhets agreed on free prosthetics for Olga. But, the crippled woman, left with two children in her arms, needs a means of subsistence. She cannot now provide for her children and herself and turns to all those who are not indifferent for help. 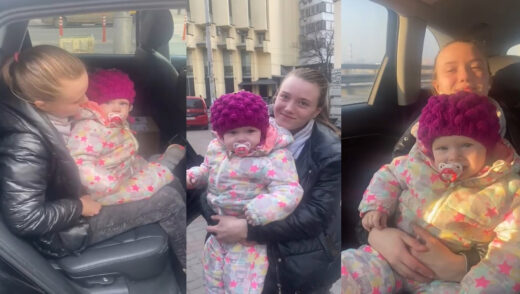 The story of Nastya and Alice 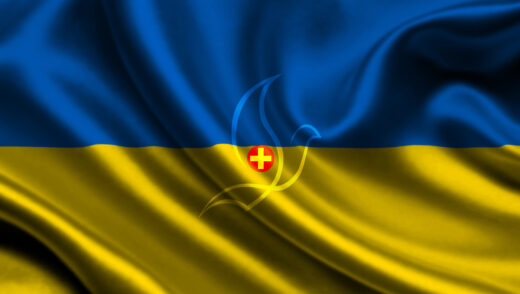